When you’re planning your next vacation consider the adventure we took last summer to Cancun, Mexico. Cassie, myself, and our husband’s went to Cancun together and let me tell you we had a blast! The guys learned how to catamaran, we went scuba diving and we went on a whale shark excursion.

Travis and I are scuba certified and have been working on getting Cassie and Wes into the water. Boris, the scuba instructor at the resort, was awesome and got Cassie and Wes squared away on a Discover scuba dive. Here’s Cassie and I before the start of our first dive!

We dove the underwater museum in Isla Mujeres which was a sight to see in itself. There are several statues that are eco-friendly that have been sunk to the bottom of the ocean floor, so that coral can grow and rebuild the reef system in the area. This picture of fish along the reef is my favorite picture that Cassie took during the dive!

The resort we went to was all-inclusive, which meant that non-motorized sports were included. Travis and Wes took advantage of this option and learned how to Catamaran. Here are Cassie and Wes while we were out on the ocean. 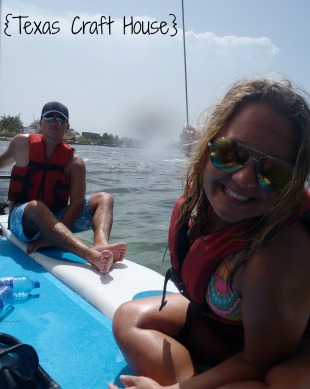 The coolest thing that we did was go swimming with whale sharks, if this isn’t on your bucket list add it now! We set up the excursion through Boris, the dive instructor, and picked the ideal day for all of us. The trips out to see the whale sharks will all be early in the morning because they only come up to the surface for breakfast other then that the whale sharks stay fairly deep below water during the remainder of the day. We got up early on the morning of the excursion and took a small boat over to the marina where we took another boat out to the open ocean. You read that right, we road on a boat for a couple of hours straight out to the open ocean. Cassie and I were pretty nervous at first, especially because of all of the fish tales we had heard about whale sharks. Keep in mind whale sharks can be bigger than a school bus, with an average length of 40 feet and weight of 15 tons, but they are actually fish. Travis had been telling us a fish tale for years about a diver that was showing off to his friends. The diver swam into the whale shark’s mouth and out of his gills, Travis then insisted on telling us how dangerous this was because if the whale shark got spooked the man would have been swallowed and taken to the depths of the ocean inside the whale shark because they can drop 100 feet in seconds. Cassie and I quickly discovered that the whale sharks mouth wasn’t big enough for a human and our fears subsided. Here is a picture of Travis and myself on the boat on the way to the whale sharks.

The boat ride out was about an hour and a half and then it took about 30 to 45 minutes to find the pod of whale sharks. Once the pod was found it was the captain’s job to get us as close to the whale shark as possible and then our guide would take us two-by-two into the water and have us swim as fast as we could to keep up with the whale shark once the whale shark was too far away we got back in the boat and it was someone else’s turn to jump in. Travis and my first jump in was wasted because the whale shark got spooked and went back down into the deep water (We were all required to wear life vests in the water unless we had on wet suits, so it was very safe). After a couple of failed attempts for a few of the people on the boat, the captain heard word on his radio from another boat where the pod was. We sped over and you wouldn’t believe the sight, there were 20-30 boats with about 10 people on each boat all circling this pod of 10 or so whale sharks while they were eating their plankton breakfast. This is a video I took of one of the times we jumped in with the whale sharks, it was beautiful and huge!

To my surprise, whale sharks are extremely docile, our guide asked that we do not touch them and just swim along side them and to my amazement with so many people swimming alongside them they went on about their morning like it was a normal routine. We got to jump in and out of the water several times to swim alongside the whale sharks. Here is a picture of Cassie and I after our swim no fear to be found. 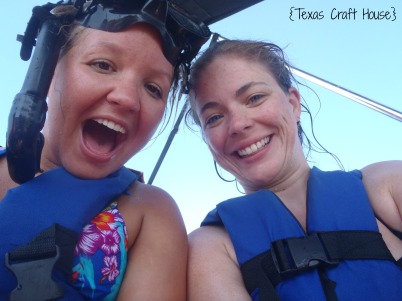 We will remember this trip for the rest of our lives and if you decide to go on a whale shark excursion you will never regret it! Everyone we tell about this trip knows they need to go on this excursion and experience is just once! 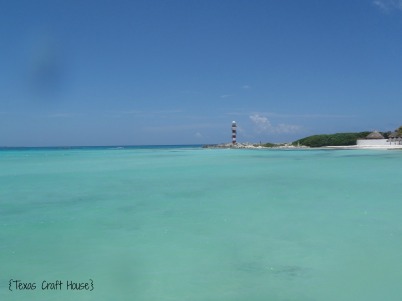 Tell us about an adventure that you took that we should add to our bucket list!