I already made my own nautical themed shower curtain- which you can see here. So now I wanted to make some accessories to go in my bathroom. I was able to make this anchor trash can for under $10 just by using things I already had around the house! I bought a package of rope for $9.27 (after tax) at Lowes.

I already had the black trash can, so I just reused it. I also used a hot glue gun and about 5 glue sticks. I started at the bottom of the trash can and placed about a 4 inch strip of glue on the trash can and then placed the rope on top of it.  I continued in a circular pattern until I got to a height I liked. The hot glue held incredibly well- better than I thought. I also placed a small amount of glue on each end to keep it from fraying.

The anchor was relatively simple as well. I made a small circle at the top of the anchor, and then glued it onto the trash can. Then I cut a slightly longer piece of rope and glued it for the bottom. Then two small pieces made the top horizontal piece. When I  made the bottom of the trash can, I glued directly on the can, but when I made the anchor I glued directly on the rope so it was easier to move and shape it.

The whole project took about half an hour! I am so pleased with how it turned out!

Stay posted to see what else I make for the bathroom transformation! 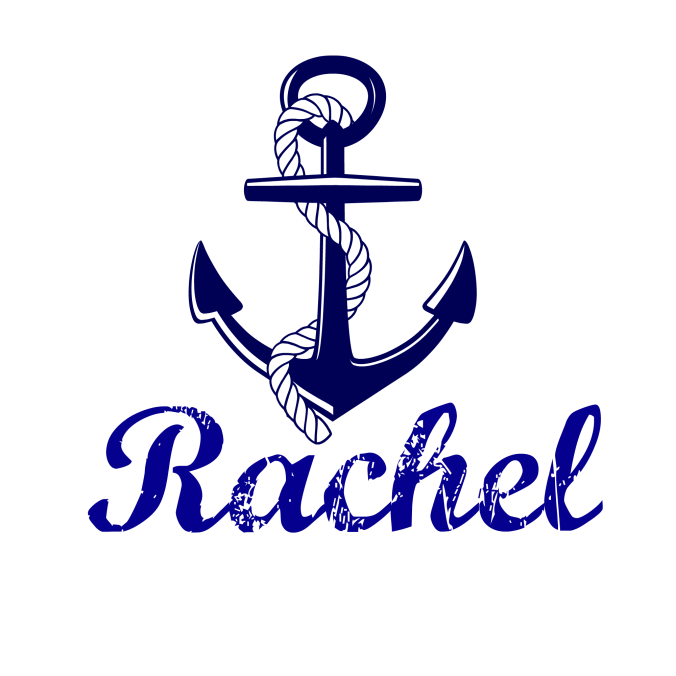 3 thoughts on “Nautical Bathroom Trash Can”